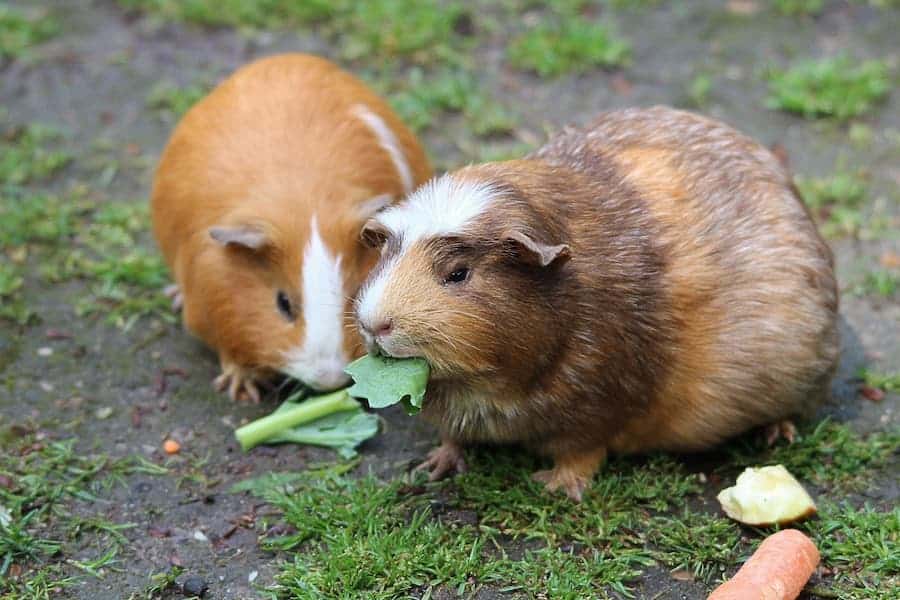 Celery is an ancient vegetable that numerous western civilizations have cultivated. It provides sustenance for both people and animals. Most guinea pigs’ diet consists of hay, guinea pig pellets, fresh fruits, and herbs. As a guinea pig owner, you already know that not all fruit and vegetables are safe for your guinea. You might wonder if this plant is suitable for your pet’s consumption. Is it true, can guinea pigs eat celery?

Celery is a vegetable that guinea pigs can eat in moderation. Celery has high amounts of oxalates packed in it. These oxalates can be dangerous to guinea pigs’ health. Thus, it is advisable to feed celery to your guinea with moderation.

Calcium is also a mineral found in celery that is found in high amounts in most vegetables. Most guinea farmers are careful with the amount of vegetables they feed their guinea pigs. It has high calcium and it is toxic to guinea pigs if they consume a substantial amount. Celery, being a vegetable, falls under the same scrutiny.

Celery contains high amounts of vitamin A or beta carotene. Vitamin A preserves the eyesight of guinea pigs by slowing down the degeneration of cells in the eye and surrounding optic nerves. It is advisable to feed your guinea pig a moderate amount of celery to prolong their eyesight.

Apigenin is a compound found in celery. Apigenin helps reduce and prevent inflammation of organs. Some research shows that it has anticancer effects minimizing the incidences of cancer in your pet.

Has Antioxidants and Assists in Food Digestion

Celery contains a high amount of dietary fiber. While providing negligible nutritional value, fiber adds bulk to the food in the stomach, thereby generating regular and healthy bowel movements. Your guinea pig may go ahead to experience good digestion and scarcely any digestive tract complications from celery.

Create a vegetable salad if your guinea pig hesitates in eating celery. Mixing celery with your guinea’s usual diet is an effective way of introducing celery into its diet.

Side Effects of Celery in a Guinea Pig’s Diet

You have already appreciated the various health benefits celery can have for your guinea pig. However, some harmful side effects can arise from giving a guinea pig inappropriately high amounts of celery.

Celery has a high sodium concentration, containing around 80mg of sodium per 100g of celery. A diet that includes a high amount of sodium presents several health conditions such as high blood pressure. High blood pressure may lead to eventual cardiovascular diseases such as hypertension, strokes, and heart attacks.

However, celery has one of the highest concentrations of calcium and oxalic acid among the known vegetables. These acids are prime factors in developing kidney and bladder stones in guinea pigs. Kidney stones can block urinary tracts and prevent the expulsion of waste from the guinea pig’s body. Bladder stones may tear a guinea’s bladder walls, resulting in blood in the pig’s urine.

Foods with high amounts of fiber, such as celery, promote the development of bloating. This condition arises from the excess gas developed during the attempted digestion of fiber by the body. The bloating causes the guinea pig to experience gastric discomfort, which can be painful.

Although rare, the introduction of celery into your guinea pig’s diet may lead to the development of unforeseen allergic reactions caused by underlying genetic mutations. Should your guinea pig suffer from an allergic reaction to celery, stop further feeding and administer first aid by giving it water. In case the pig’s condition worsens, please take it to the nearest vet for medical assistance.

Guinea pigs can eat celery. However, most guinea pigs may shy away from eating celery stalks. Celery stalks are rigid and challenging for your guinea pig to chew and swallow.

Which Vegetables Are Safe For Your Guinea Pig?

Vegetables and fruits such as lettuces, kales, green peppers, and red peppers can be prepared regularly in measurements of around one cup per day to feed your guinea pig. This diet should make up the bulk of their diet.

Celery is a good source of vitamins and vital minerals for guinea pigs. We recommend feeding your guinea pig moderate amounts of celery, preferably 2-3 times a week, to minimize the potential health risks resulting from excess intake of celery.