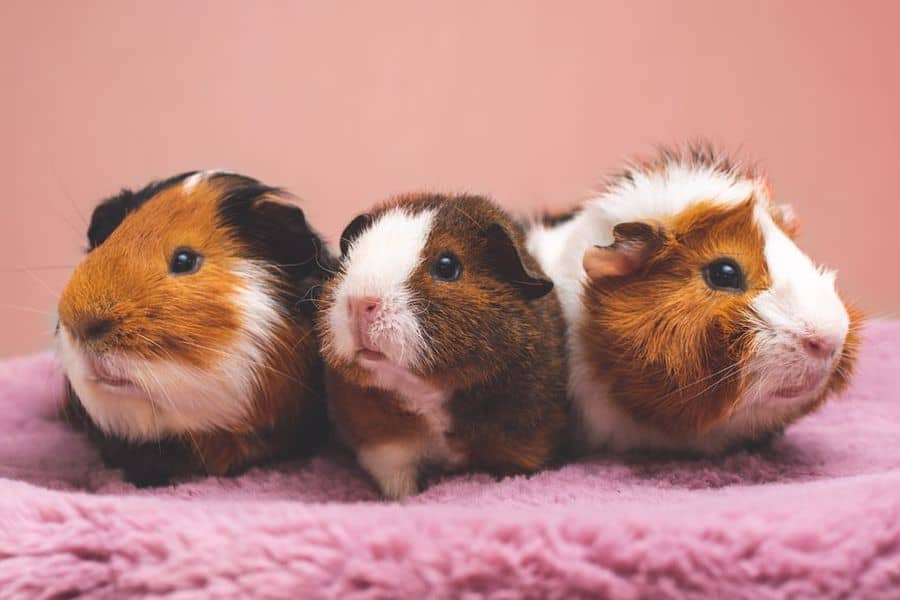 Guinea pigs are tailless rodents of the cavy family. They have fascinating features, and I wanted to know if they see color, so I researched them. Most rodents are known to have poor vision. Guinea pigs have outstanding spatial awareness and an incredible sense of hearing and smell. One may wonder, do guinea pigs see in color?

Do Guinea Pigs See in Colors?

Guinea pigs, scientifically known as Cavia porcellus, are rodents with a better vision than others in the same group. They are not color blind; they have dichromatic color vision, making them see most colors accurately. They also depend on their sense of hearing and touch, which are well developed.

Did you know that guinea pigs keep their eyes open most of the time, even when they are sleeping? You will get to understand everything about guinea pigs’ vision as you digest this article.

Guineas have two classes of cones for color vision capacity. They have a vision with a spectral neutral point centered at about 480nm. Guinea pigs do not have the best visual perception, but they do not have the worst either. Some features that make their eyesight incredible are:

The depth of guinea pigs’ vision is impaired since they cannot see far. The image focused on becomes blurry with an increase in distance. They have poor depth perception and can see up to only 5-7 feet away. Because of poor depth perception, guinea pigs use other senses like hearing to help them move around in their environment.

Do Guinea Pigs See in the Dark?

Guinea pigs are crepuscular animals equally active during day and night. They can see to some extent in dark environments though not very clearly. The ability of guinea pigs to see in the dark is not so vivid nor definite. However, they can detect movements and navigate their way in their living environment. Other developed senses like hearing and their sharp memory help them move around.

So back to our question, do guinea pigs see in the dark? The answer is they do not see clearly, but the use of other sensory organs helps them keep track of their movement. They generally sleep in paces of 3-10 minutes. They feel primarily secure in quiet environments, so they can sleep more than they did during the day.

Colors a Guinea Pig Can See

Guinea pigs have a dichromatic color vision meaning they can see many colors. They are, however, proven to be more sensitive to the colors green and also red. They can differentiate between colors and identify them too. However, they cannot see the colors 100 percent authentically.

Do Guinea Pigs Recognize Their Owners?

How Do Guinea Pigs See Humans?

Guinea pigs cannot see far because of their impaired vision depth. They might fail to recognize a human when far away since they also blink faster than other animals. They rely on other senses like hearing and smelling and their spatial memory to move around freely daytime and night and also to recognize when you are approaching.

What Is a Guinea Pig’s Favorite Color?

From several experiments on putting food in colored bowls, most guinea pigs went ahead to eat from a blue-colored bowl with yellow food. Guinea pigs are sensitive to the color green and also red.

Is it not wonderful how this magnificent pet has eyes that function differently from most animals? You now know that guinea pigs can see in color, identify different colors and see in the dark even though not so clearly. As you take care of your guinea pig, you are bound to discover even more amusing traits about your cavy.